You are here: Home » YES Pilot in Nigeria

In June 2015,  Ms. Onyinye Onyemobi traveled from Lagos, Nigeria to Ann Arbor and Flint, Michigan to learn more about the YES program. It was a pleasure hosting her and learning from her as much as she learned from us. Upon her return to Lagos, Ms. Oneymobi implemented a YES pilot with in-school and out-of school youth aged 13-17 and 18-25.

The following is a report of the activities and evaluation of the YES pilot in Lagos, Nigeria. 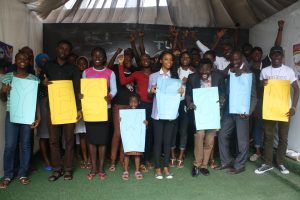 In Nigeria, the official response to crime, violence and insecurity remains hugely reactive and repressive, embracing tougher policing strategies and harsher penalties against offenders instead of building proactive and preventive approaches. There are few interventions targeted at young people, who are either the victims or perpetrators of violence and crime in the country.

Young people constitute more than 70 percent of the country’s population, any effort made to harness the collective energy of the youths towards the reduction of crime and violence in Nigeria would contribute significantly to safety and security.

Lagos is the most populous city in Nigeria and the second fastest-growing city in Africa. It has a growing population of 21 million people, constituting 10 per cent of the country’s population according to state government report 2015.

YES was implemented in Lagos, Nigeria as a pilot project in Ojota area of Kosofe local government from August 2015 to February 2016. Kosofe has an area of 81 km² and a population of 665,393 according to Nigerian census of 2006.

National youth policy for Nigeria defines youths as those between the ages of 15-35. YES implementation in Lagos focuses on young people between the ages of 13-17 and 18-25. Participation is open to both in-school and out of school youths. During the 7 month pilot (August 2015 and February 2016), about 50 youth joined Youth Concerns Development Foundation for Africa and were active in the YES program meetings in Ojota. Out of the 50 youth, 15 were peer monitors for the neighborhood safety and security. The YES program for in-school youth was held in Ogudu Senior Grammer School in Ojota, while the out-school program focused on young people living in Ojota area, who are at risk of crime and violence. 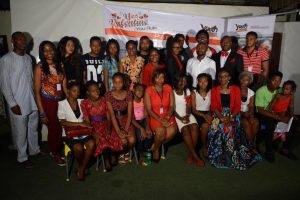 The YES Program Implementation Guide provided useful material for the project pilot in Lagos, with some adaptions in the following chapters:

Learning About Your Community: 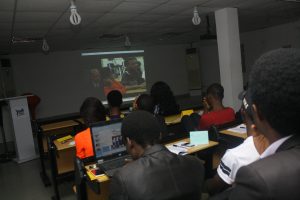 The YES documentary was played at end of every YES meeting with the youth. Viewing the video was one of the high points of the sessions. The interviews with young people in Flint cleaning the neighborhood and sharing their experiences participating in creating a healthy community and a peaceful school environment were the most stimulating part of the sessions, according to the feedback from the participants.

Below are a few comments and some of the feedback we received on the YES program within the review period: Young people are happy to be part of YES; they wish their friends in other neighborhoods can also benefit from the project. They have not experienced anything similar in Ojota.

I love the project but I may have some challenges with volunteering on a regular basis to clean up the neighborhood because, I have to help my parent with chores and taking care of my siblings.

I really enjoyed the sessions so far, but will being part of YES help us get things working in Ojota, like the poor power supply; dirty environment, reduce the financial burdens on my Parents

Thank you Youth Concerns Development Foundation, I am happy to be a part of the Project.  I do not think we can change the community , we do not have the financial and political will to change things in this community

There are many young people in my school and community; I wish we can bring YES to my community in Mangoro ikeja , Lagos.